Wrapping up testing of a turbo blanket and exhaust wrap I was left with a few temperature sensors in the engine compartment and nothing planned to do with them.  Pondering what more information about engine compartment temperatures I could collect I remembered reading a claim that front mount intercoolers kill the efficiency of the air conditioning system.  This would be a good theory to put to the test by gathering some data on. 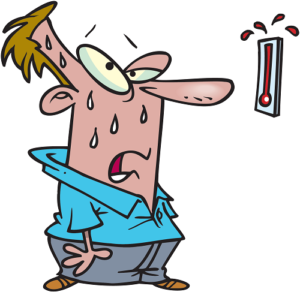 The idea goes that due to the position of the front mounted intercooler being before the AC condenser it is blocking cooling airflow to the AC condenser and thus the AC system is forced to operate less efficiently than if the FMIC were not present.

A temperature probe is wedged in between the FMIC core and the AC condenser and held in place with some foam material.

Shown in the chart is a comparison of the temperate before the AC condenser (AC_Cond.) and the outside air temperature (OAT) along with the vehicle operating speed (MPH).  Also shown by a vertical line is a time when the AC system is turned on.

The GTI was driven at fairly low speeds with repeated moments of acceleration that caused boost pressure to increase just over 20 psi and then the accelerator was lifted to slow the car.  The drive took place during a time when the OAT was dropping.

A second drive of longer duration and higher speeds was recorded to gather data under different operating conditions. These results are shown on the next chart:

The temperature between the FMIC and AC condenser is higher than the outside air temperature.  Under routine driving conditions the temperature difference is roughly 5-8 degF.

During a couple of ‘pulls’ when the vehicle was accelerated from low speed to close to 90 mph the “sandwich” air temperature briefly spikes about 10 degF higher than when out of boost and rapidly drops back to the pre-boosted temperature.

It seems unlikely for the AC condenser to perform significantly worse because of temperature differences caused by the presence of the FMIC.

The emphasis on temperature differences is to be clear that the FMIC may, and probably does, diminish airflow to the AC condenser to some extent.  The rapid drop of the temperature when going out of boost does not give the impression that airflow is significantly restricted, but this test was not the final word on the matter.  The theory can live on…