This stock location replacement intercooler for the Mk7 GTI was purchased as a new item from 1stracinguk, a seller on eBay whose product arrived from China and is a tube and fin design. 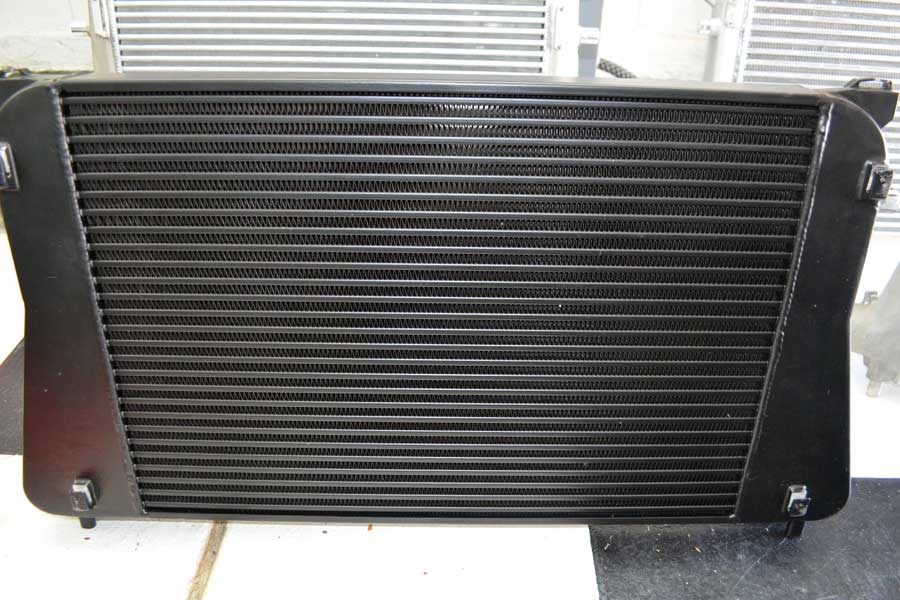 The intercooler is arranged to support bench cooling testing that consists of drawing heated air through the intercooler for two minutes with no forced cooling.  During a third minute of the test cooling air is forced through the exterior fins.  Throughout the test the outlet air temperature is recorded.  The test is repeated twice with subsequent tests performed after the IC has returned to ambient air temperature. 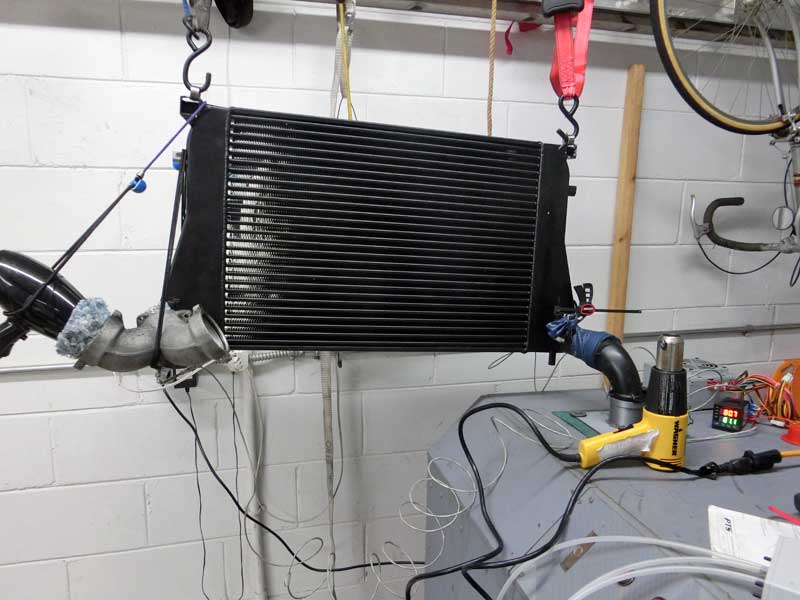 Additional testing has been performed using the flow bench to measure airflow through the intercooler at a test pressure of 28″ of H2O.  The test subject flowed 246 CFM. 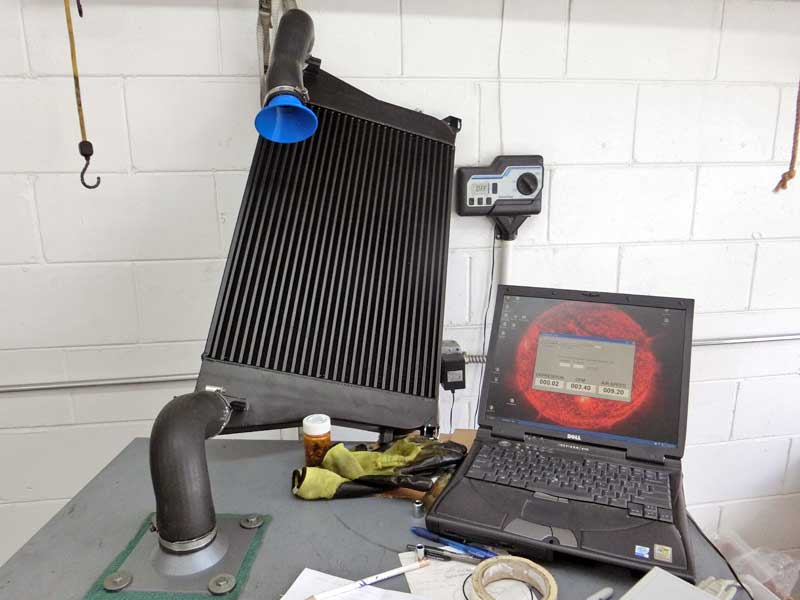 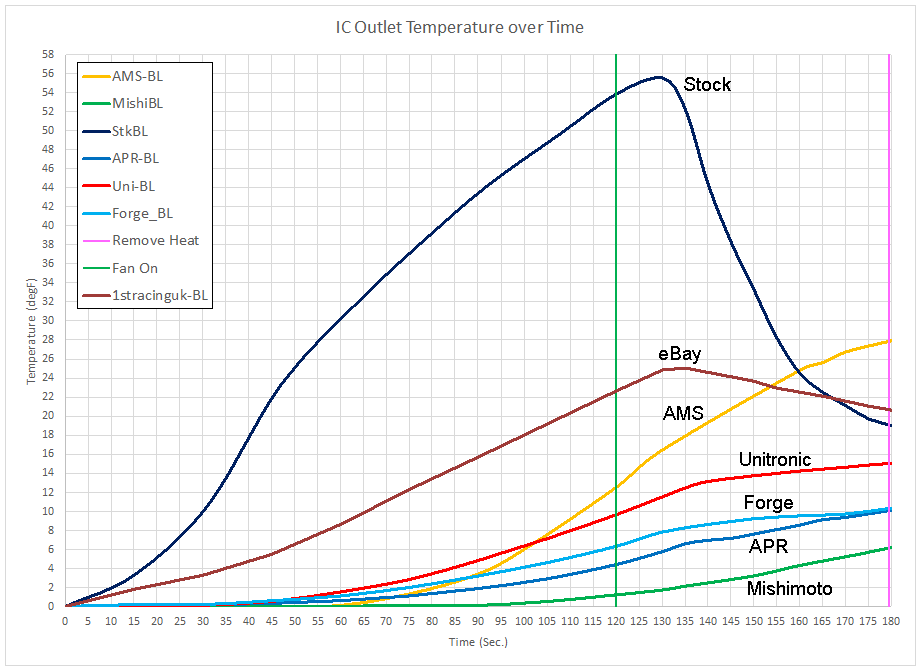 The next chart omits the peak of the stock GTI temperature curve to enlarge the temperature scale: 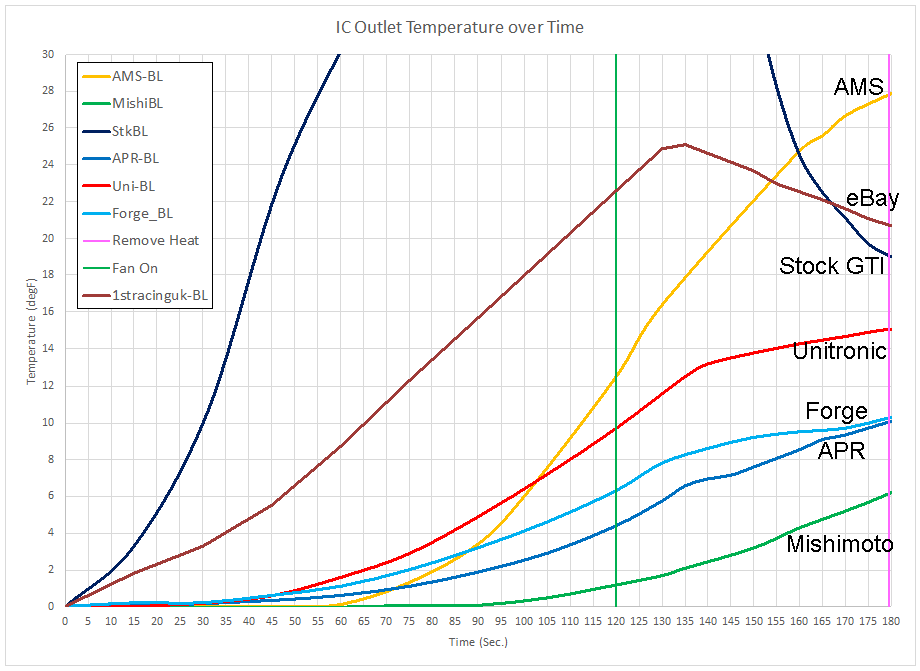 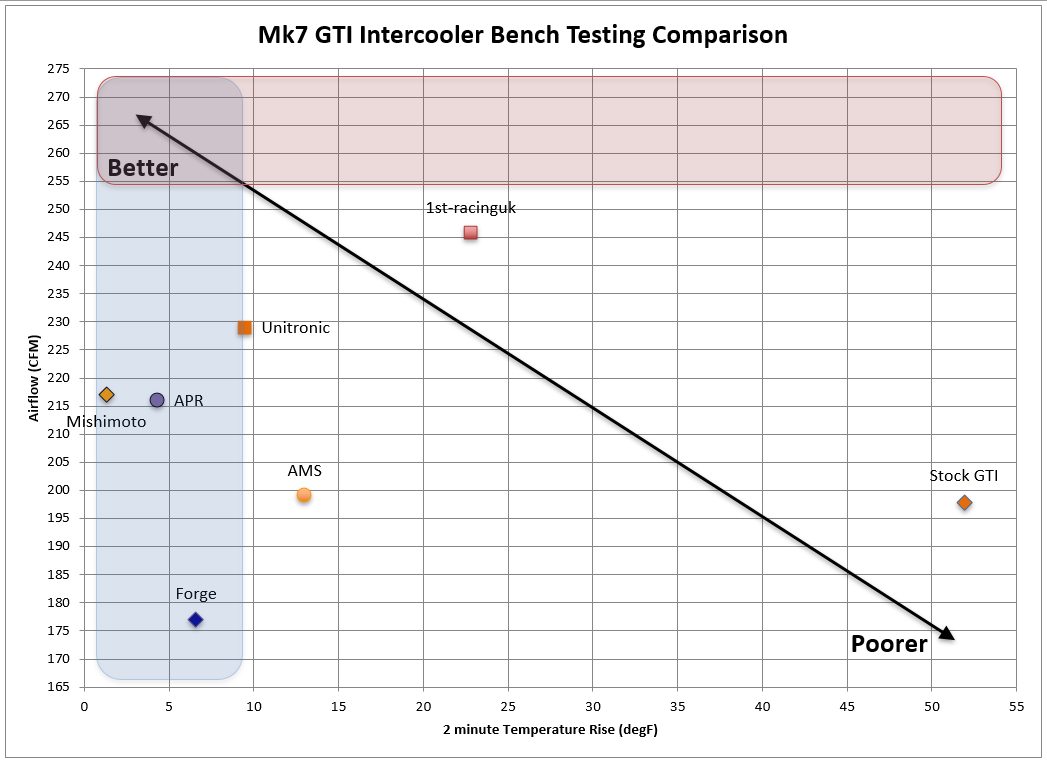 The temperature performance from the 1stracinguk IC rules it out as a candidate to install on my GTI for further evaluation.

The measures for comparison on the composite chart are airflow at 28″ of H2O and degrees of temperature increase in output air after two minutes with high temperature internal airflow and no external cooling airflow.

Other criteria could have been selected and while probably would not alter the results of the airflow comparison, the cooling comparison would be different depending on the criteria chosen. For instance, had 50 seconds been selected as the time to record temperature rise then the AMS and Mishimoto ICs would have tied for best cooling performance of the intercoolers tested thus far.

Another consideration is that the tests are not being made under the same conditions that the vehicle operates. Use of these results to draw conclusions about on vehicle performance depends on the confidence each person gives to the test methods. With seven product data points for the bench tests and one product data point on my GTI there isn’t sufficient information to determine how well the bench cooling test correlates with on vehicle cooling performance.